An introduction to Women’s Hair Loss

Women’s hair loss can be caused by a number of different factors including genetics, stress or various medical issues. Hair loss can be either temporary or ongoing depending on the diagnosis. Consulting a hair loss expert is essential in order to ensure the correct diagnosis is achieved and the right course of action is taken.

Why does hair loss take place in women?

There are enzymes in men and women who are genetically predisposed to hair loss (called 5-alpha reductase), that turn the hormone ‘testosterone’ into another hormone derivative, ‘dihydrotestosterone’ (DHT). When DHT is formed, it attaches itself to the hair follicles on the top of the head, causing them to continually shrink with every growth cycle. This causes the hair to gradually become thinner until the follicles finally become dysfunctional and the hair no longer grows. Hair loss in women is also frequently caused by lack of intake of certain nutrients, amongst other physical and psychological factors such as hormonal problems or stress. Our first objective is to ensure the hair follicles are receiving as much blood, as possible.

One of the most common conditions that affect women is Female Pattern Hair Loss, or Androgenetic Alopecia. This hereditary condition causes thinning hair which can be found around the top of the head and/or the crown area, while the density of the hair from the sides and back of the scalp will remain unaffected. You may notice you are starting to shed more hair than usual, and your parting becomes wider. Female hair loss can also cause a receding hairline, where hair thins around the temples.

This condition is usually temporary and causes thinning of the hair from all over the scalp. It is caused by an event that shocks certain hair follicles and causes the hairs produced by these follicles to move from the growth phase to the resting phase.

As the resting phase lasts around three months before the hair sheds, hair loss will occur roughly three months after the event, which caused it. Triggers will usually be either a sudden stressful event or medical occurrence, but can also include:

Chronic Telogen Effluvium, also known as Diffuse Hair Loss, is similar to temporary Telogen Effluvium in its causes, the main difference being that hair loss can be prolonged. The reason for this is that the underlying cause of the hair loss has not been dealt with. In order to treat Chronic TE effectively it is important not only to treat the condition with an optimum course of treatment, but also to look at the medical issues causing the problem.

Chronic Telogen Effluvium can be caused by a number of health-related conditions including:

It causes hair loss by placing constant, excessive tension on the hair shafts, often due to overuse of hair extensions, tight braids or weaves. The hair follicles become damaged, leading to hair loss generally centered on the hairline and temples, with only fine or ‘fluffy’ hairs left behind. If the cause of the Traction Alopecia is concentrated in one specific location, for example a heavy hairpiece or ponytail extension, the condition can also cause patchy hair loss in those specific areas. Due to the nature of this condition being related to damage caused by hair styling, Traction Alopecia mainly affects women, although it is also common in men who wear their hair in cornrows.

It causes patchy hair loss that can come on suddenly: cause bald patches that are often circular. This hair loss condition is often triggered by stress or extreme shock and can be temporary, appearing around three months after the initial incident that caused the distress.

Alopecia Areata affects the head only with hair loss appearing anywhere on the scalp, but it can progress to more extreme cases which can involve complete hair loss of the scalp and body (see ‘Other Hair Loss Conditions’ section below).

Also known as Central Progressive Alopecia: and Hot Comb Alopecia. It is a form of scarring alopecia that starts as a clearly defined patch of diffuse hair loss but can then spread, spiraling out across the scalp vertex.

Trichotillomania is a self-inflicted condition that sees sufferers repeatedly pull, tug at or twist their hair until it comes out.

Lupus is a chronic inflammatory disease that causes the body’s immune system to turn on its own tissues and organs. Perhaps best known for the butterfly-shaped rash it can cause across the nose and cheeks, Lupus can also cause diffuse hair loss.

Cicatricial Alopecia, also known as ‘scarring Alopecia’, is a group of rare hair loss conditions, one of which – Frontal Fibrosing Alopecia – is specific to women. These conditions target the hair follicles directly but can also include hair loss caused by scarring following burns or radiation. 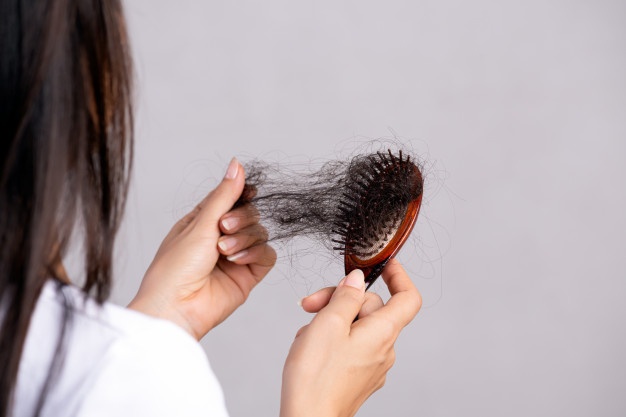 All Rights Reserved A Fox International